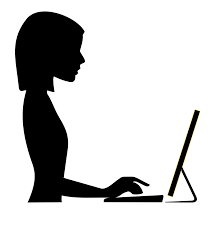 I spent a large portion of the last twelve months writing. I wrote for many hours almost every day. It seemed natural and normal.

Waves of creative expression passed through me into written form, and I tried to not obstruct the process. I really don’t know what to do with the content that came out, but something tells me that it’s time to stop creating and start sharing (as intimidating and uncomfortable as this seems).

Neither collection of words I created (or scribed?) —49K and 46K words respectively— qualifies as anything that would fit into a particular genre. One lump of words is sort-of-a-memoir-but-not- really, and the other is a sort of soft skills curriculum I call a Self Study Guide for self realization, but in its current form, it’s a beast inaccessible to even the most devout self analyst. Neither manuscript has a specifically defined audience. Neither are of publishable quality. Neither has been revised nor professionally edited.

I am not an idiot. I have written and published a book before. I know how it works. But this past year’s writing marathon has been a different kind of creative experience. I was not in charge. I was not the leader who set the goals and disciplined herself to attain them. None of this was exactly my idea. The 95 thousand words just tumbled out and are here for some apparent reason, but I am not 100 % sure what that reason is. And that’s cool.

Another Kind of Currency

I felt confident writing both manuscripts. I felt creative and happy and enjoyed sitting for hours writing, thinking, reading, and re-reading for one full year. It was work I felt inspired and compelled to do, thus it wasn’t work in the usual sense at all. It’s what I was supposed to be doing. I felt grateful to be doing it. I still feel grateful that I got to do it. The process granted me many opportunities to face fear and be vulnerable. I wrote and shared intimate feelings and thoughts; I shared my writing style and my most authentic voice. I shared the truth about myself with myself and others. I think that this type of currency is enough– that such intrinsic payoff is enough– to have been so fully engaged in so many vital moments, remaining open to receiving rather than employing the usual control and manipulation for some urgent, self-indulgent end or achievement. For an identity.

Despite all the weirdness and woo-woo that I am describing about my creative process, both manuscripts are entirely complete, share the common theme of expressing and living one’s truth, and their common purpose is that they were written to inspire and motivate people to actively pursue self realization, to know oneself and to actualize, because much of the illness pervading our modern world is rooted in ignorance about our selves– our true human nature and our uniqueness. We don’t know who we are. This truism is apparent to me, within my own experience, and I observe it and have been following other people who discuss it at length and address this phenomenon. So, what you’ll be getting in the future here at Landscapes for Learning will point you to those people and their work, as it is deeply embedded in mine.

Like those I have learned from, in much of my writing, I urge people to become fully alive and well (before its too late) by engaging in the difficult process of becoming more of who they really are rather than who they are prescriptively taught to be by others. The not-really-a-memoir tells tries to tell about how we get lost (through our formal education system) and stay lost in our very own lives by disconnecting from ourselves, while the gargantuan and intimidating Self Study Guide provides ancient and modern wisdom to help us find ourselves, to reconnect to bring ourselves back to life, actual life, not a fake, conventionally prescribed one. As it turns out, it takes lots of time, willingness, courage, and attention to be alive and well as an actual human being, that is— to know who we are. It seems so simple to be oneself, yet it is not so easy at all.

I don’t know if I am supposed to have merely had the experience of writing and creating for no other reason that to practice surrender, to practice not resisting, to do it as another step in the process of my personal development, or if I am supposed to make something else, some final product, out of the 95 thousand words that is silently resting in my Google Docs. I have no clear idea, but the same source that had me creating tells me I am supposed to give it all away now, as imperfect and as incomplete as it is, and to do so without any expectation of return. It also tells me that the 95 thousand words are not to become books, at least not now, so instead, you’ll find them here in this blog in various forms, perhaps within podcasts, and maybe even in the form of videos.

As imperfect as my work surely is and as I surely am, I will let be what is meant to be. I’m going to stay with this process, trust intuition, and hope for the best, as I have been doing all along. I hope the 95 thousand words can do some good.